MUSIC HISTORY: THE ORIGIN OF POP 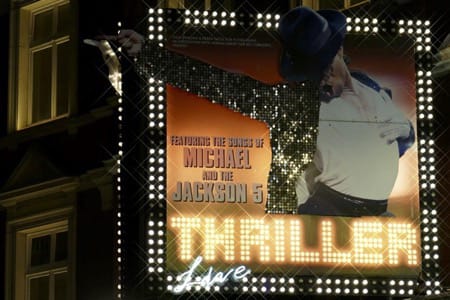 For many years around our planet, many musical genres have enjoyed mass appeal for a limited time. Few of them, have been able to match the influence of pop music that started in North America in the 1950’s.

The Pop music was originally the mix between Doo-Woop songs, Rock’n’roll and Soul Ballads. This musical genre was first oriented to young people and was the first one in melting erotism and teen anger and rebelliousness.

The generation of kids that turn into adults after the second world war, used Pop music as vehicle to be recognized on their own terms. Dressing and dancing different music, were some the acts of rebellion this generation used to achieve this. Unleashing their instincts and having fun with no limits was a strong feature among these young adults.

In the middle of the 1950’s, Pop was the first music teen masses felt identified with, and vocal and instrumental virtuosity was not longer a prerequisite to start a career in the music industry. Therefore, guitar sales went through the roof and many juvenile bands started up either in North America and UK.

At the beginning of 1960’s, a combination of racism, social pressure and self-destructive circumstances, helped to end what white adults back then called pejoratively “jungle music”, referring to afro rock’n’roll idols like Chuck Berry, Jerry Lee Lewis, Little Richard , Buddy Holy and Eddie Cochran among others. This era coincided with the Cold War and John F. Kennedy’s tenure in the White House, but putting aside the political circumstances, in cities like New York, Detroit and California, artists like the Drifters, Shirelles and the Beach Boys were erupting. In the middle of this decade we have the emergence of The Beatles, which infused the entire Pop scene with their particular sound. Meanwhile in America, artists felt their counterpart were smashing them, so they tried to imitate the British style to make it to the charts. Fortunately for the American scene, at the end of the 1960’s some West Coast acts redressed the balance, I am speaking about the Mamas & Papas and the Turtles.  Meanwhile, The Jackson 5 made their professional debut in 1964, featuring Michael Jack who began his solo career in 1971, who became a star in 1979 wih is album Off the wall. The male-dominated pop scene had its female counterpart with the rise of Madonna in 1981, who by 1991 had achieved 21 Top 10 in USA. Later on in the 90s, The Backstreet Boys, NSYNC, Britney Spears among other artists dominated the pop scene.

While in other musical genres like Dance, Reggae and Rap, the musical forefront is the beat and rhythm, the melody has been the most important in the Pop music. To this day, many artists have influenced this genre in many ways, making it different it, keeping it current and strong. It does not matter what generation you come from; it is very likely that at some point your musical taste have been influenced by Pop music.